The income disparity in youth athletics has effects on health and success that stretch far into adulthood.

Linda Flanagan
As a child in the 1970s, Kathleen Castles lived across the street from her elementary school, and most mornings she got up at dawn to horse around the playground. She loved sports. The gym teacher, Ken Kuebler, would allow Castles to make use of the gym before classes started while he readied for the day.  He knew that Castles’s family was poor.

Kuebler, who also coached track and cross country at the local high school, eventually started a before-school running group for the elementary-schoolers. Dubbed the Eight-Minute Club, anyone who could run the mile in eight minutes earned a t-shirt. Castles, then a third-grader, was the first to win one. During fourth, fifth and sixth grade, she beat all the other elementary-school girls in the town’s annual mile race and went on to compete at the regional cross-country meet in Connecticut, every year qualifying for the Junior Olympic Nationals. At 10, she ran the mile in five minutes and 35 seconds.

“Mr. Kuebler was the first person to notice me, to see something in me,” Castles said. He gave her running shoes and suitable clothing, drove her to races in other states, and delivered her home after practice when she was in high school and needed a ride. Her other coaches helped, too, chipping in to buy her the cozy red sweatpants everyone on the team had ordered without considering the cost, and making sure she had something to eat for lunch. Food was often scarce at her home, according to Castles, but she avoided using the free-lunch tickets that were such visible signs of poverty.
Still, the hardship was difficult to hide. Castles often rummaged through the donated-clothes bin at the church where her father worked as a sexton—her mother was sick and unable to contribute—and regularly relied on teachers, friends’ parents, and church members for everything from food to fees for summer running camp. Her parents went to approximately two of her races. They would have gone to more, she says, but after one race another parent scolded them for smoking, blaming them for triggering the asthma attacks that Castles frequently experienced. Her parents never went back.
Castles, who went on to graduate from medical school, resumed competitive running in her 30s. She ran her first marathon at 36 and qualified for the Olympic Trials in Boston, finishing in 2 hours and 42 minutes. She qualified again at age 40. Now a doctor of psychology at two Veterans Affairs hospitals in New Jersey, where she coaches running, she’s also an adjunct psychology professor at Farleigh Dickinson University.

“Sports in America have separated into sports-haves and have-nots.”
Castles developed her dazzling athletic talent with the active support of coaches and other adults who filled in when her impoverished family foundered. Thousands of kids today endure similar material deprivation—some 21 percent of children live in households with incomes below the federal poverty threshold—and many lack athletic opportunities because of it. Indeed, the fruits of America’s fixation with youth sports are largely concentrated among children with means: According to data recently released by the Aspen Institute’s Sports and Society program, household wealth is the primary driver of kids’ athletic participation. Compared to their peers whose families make more than $100,000, children ages 6 through 12 whose family income is under $25,000 are nearly three times as likely to be “inactive”—meaning they played no sport during the year—and half as likely to play on a team sport even for one day. “Sports in America have separated into sports-haves and have-nots,” said Tom Farrey, the executive director of the Sports and Society program.

Concern about the kids’ sports frenzy often fixates on the costs to children who do too much: the burnout and physical exhaustion, the bodies battered from overuse, the loss of unscheduled free time. But the children who are excluded from that frenzy, most of them from lower-income families, suffer more enduring losses. These children miss out on the scads of positive outcomes that are linked to regular exercise, including longer life expectancies, improved mental and physical health, and better grades in school. As important, they are denied lessons in discipline, teamwork, and resilience—the very qualities that most parents want for their children—which are often taught in athletics. And despite the well-documented advantages of athletics participation, it’s unclear whether the loose coalition of businesses, community organizations, and nonprofits that are working to ensure all children have access to sports have the resources or clout to make it happen.
Lots of factors keep lower-income children from being active. Some sports, like ice hockey, swimming, and golf, require costly facilities just to play. And while sports such as basketball and track might be open to all in theory, parks in low-income areas tend to lack organized activities for kids, which are correlated to park use.

Also pushing poorer kids out is the professionalization of kids’ sports: Time reports that the business of kids’ sports has grown 55 percent since 2010, and is now a $15.3 billion industry. Driving that growth is the perception that a child’s athletic achievement might improve her college prospects, lead to an athletic scholarship, and lend some prestige to the family name. Well-off-enough parents invest in specialized camps, leagues, equipment, and travel teams, while children from families without the financial resources or time—competitive kids’ games are often played across state lines, devouring weekends for parents as well as players—fill out dwindling town leagues. On top of these factors, schools with shrinking budgets are dropping physical education or requiring kids to pay for their school teams. Seventy percent of kids leave sports entirely by age 13.

Girls in particular seem to benefit from athletics: Participation reduces the chances of developing heart disease and breast cancer, cuts rates of unplanned pregnancies, lessens obesity, and boosts body self-esteem. And the advantages extend into adulthood: Four out of five female business executives played sports as kids, and women who go on to play sports in college are 25 percent more likely than those who don’t to develop political aspirations. “Kids who are excluded for socioeconomic reasons are missing out on all of that,” said Mark Hyman, an assistant teaching professor at the George Washington School of Business and the author of Until it Hurts: America’s Obsession with Youth Sports and How It Harms Our Kids. “Sports would help them develop more fully as people.”
A two-tiered system of youth sports—one in which the wealthy play on pricey private clubs and the less well-off are limited to uncompetitive community programs—also undermines one of the quieter virtues of team sports: They can be places of organic integration, where economic and racial differences are supplanted by ordinary friendship and the collective desire to win. A football player interviewed by Canadian researchers on his sports experience explained how that social mixing played out on his team:

Before football, I had never like had different friends of different races. And in football, everyone’s just, yeah your Jamaican kids, Somalian kids, people from Singapore, some Italians. So it really helps you learn how to be, how to deal, like not deal, but how to make friends, diverse friends.

Groups of all kinds, including community organizations, nonprofits, major league sports teams, and corporations, are mobilizing to bring athletic opportunities to all kids. Many gathered at the Aspen Institute’s Project Play Summit in September to share their ideas. Theresa Lou Bowick from Rochester, New York, talked about the no-frills bike-riding initiative she founded six years ago, Conkey Cruisers, that invites residents of all ages to ride around the neighborhoods on donated bikes; riders meet at the corner of Conkey and Clifford Avenues for nightly “voyages.” In Eugene, Oregon, Kidsports provides sports options for 14,000 kids in grades kindergarten through eight, regardless of income or athletic ability. Club teams and other expensive sports options have cut the number of kids who participate in Kidsports, said Beverly Smith, the executive director. But Smith embraces the fact that her inclusive local group is the default organization for some: “It’s a point of pride,” she said. Nike, Dick’s Sporting Goods, and Major League Baseball, among other organizations, pledged to make sports more available to low-income children.

Although such programs are certainly improving kids’ lives, they’re “a drop in a bucket” compared to the scale of the problem, said Hyman, the author of Until It Hurts. Still, Farrey of the Sports and Society program is hopeful that the alliance of forces striving to make sports available for kids in all communities will be able to learn from one another and drive progress. “There’s a great desire for solutions in this space,” Farrey said. “It’s something that government and the private sector … should be subsidizing, because they all benefit.”

Aside from acknowledging how much drive she had, Castles can’t sort out exactly what moved her to transcend her impoverished upbringing. She knows her first coach had a lot to do with it, the way he looked out for her and gave her athletic opportunities she never would have discovered as a child. Today, running is so linked to her identity she can’t separate out her athletic life from all the rest. Now 46, she runs about 80 miles a week. “I was really blessed in some ways,” she said, “with all the people who helped me.”
1 comment: Links to this post 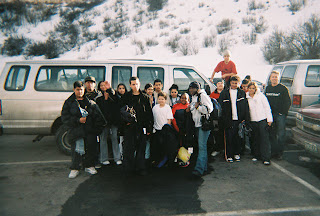 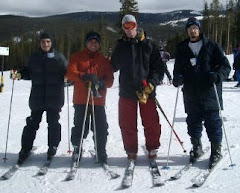